The railway station at Rugby in Warwickshire, England, was opened during the Victorian era, in 1885. It replaced earlier stations situated a little further west, and since the closure of the station on the now abandoned Great Central Railway's route through the town it is Rugby's only station.

Situated on the West Coast Main Line connecting London to Birmingham and the North West, the present station, managed by Virgin Trains, is located roughly half a mile north of Rugby town centre. Main line train services are operated by Virgin Trains and local services by London Midland. There are regular services to London, Birmingham, and Northampton, with occasional through services to the North West of England and Scotland.  More recently, London Midland have added a regular stopping service via the Trent Valley line and Stoke-on-Trent to Crewe. 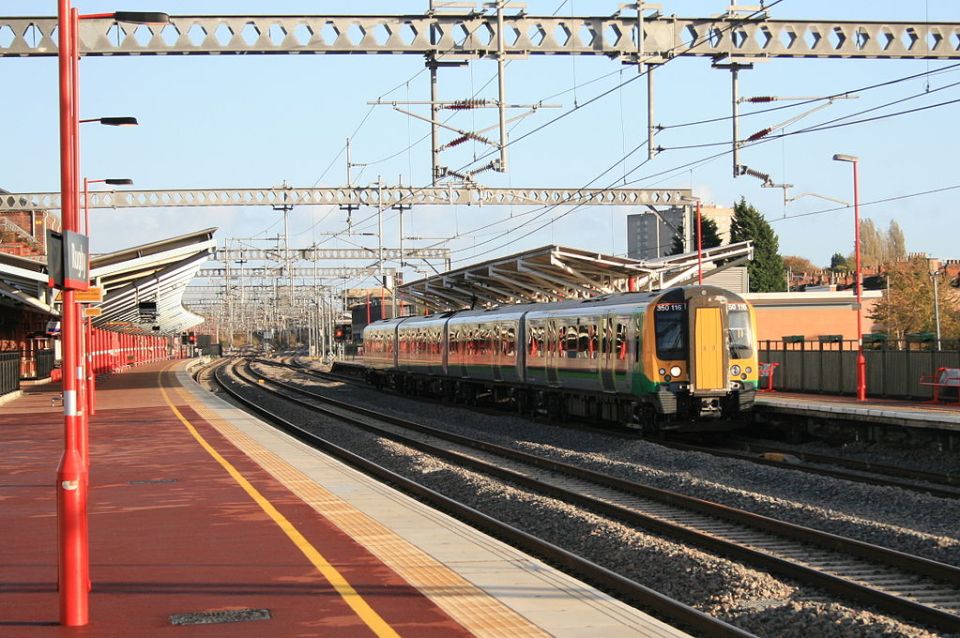 The first railway station to be built in Rugby was a wooden temporary structure located around half a mile to the west of the present station. It opened in 1838 when the London and Birmingham Railway was constructed.

This station lasted only a few years. When a junction was made with the Midland Counties Railway in 1840 a new station was built nearer the present station site although still slightly to the west.

This second station was effectively managed by two companies - the London and North Western Railway and the Midland Railway - and for this reason grew up in a haphazard fashion. It was at first no more than a temporary wooden structure, but was rebuilt in brick in 1850. This station consisted of platforms at each side of the track with one bay platform. The platforms were rather low and passengers complained of having to perform an "acrobatic feat" to board trains.

The station was at the centre of a busy junction and often saw chaotic scenes. It featured, only lightly disguised, in Charles Dickens's story Mugby Junction.

The second station lasted until the 1880s, when a new line from Rugby to Northampton was built, and it was replaced by the current structure which opened in 1885. Today's station consists of six platforms. The main part of the original station forms one large island platform with tracks on both sides and a bay platform at the south (London) end. Recent additions are a new side platform and a new island platform. The platforms are accessed from a tunnel at road level and either stairs or a ramp leading to the platforms.  All platforms are now accessible by lift. The station was noted for an unusual feature, the 'scissor junction' which allowed two trains to be in one platform at the same time. The scissor junction was an X shaped junction which allowed one train to pass another one already in the platform, and call into the same platform ahead of it, and allowed the train to the rear to pull out of the station.  It was thus possible to have two trains at the same platform at the same time.  A similar arrangement survives to this day at Cambridge. For this reason the station has one of the longest platforms of any British railway station. The scissor junctions were taken out of use when the railway was electrified in the 1960s. At its height, as well as the West Coast Main Line, Rugby station served railway lines to Leicester, Leamington Spa, and Peterborough via Market Harborough. By the 1960s all but the West Coast line had been closed, due in part to the Beeching Axe. When constructed the station had a large steel and glass roof which covered the station platforms and the tracks on each side. This lasted more than 100 years until the structure became unstable and was replaced in the early 2000s with a modern 'gull wing' roof over the platforms. In 1899 a second station, Rugby Central, was opened in Rugby (see below). To distinguish it from the other station, the present station became known as Rugby Midland. It was called this until Rugby Central closed in 1969, when it reverted to being called just Rugby. As a part of the West Coast Main Line modernisation programme, plans were agreed in 2004 to add new platforms on both sides of the line at Rugby. It was at one time thought that remodelling of the track layout would entail complete demolition of the present station, but the plans were revised to retain the existing island platform and buildings, The subsequent rebuilding of the station was completed in 2008.  It now comprises five through platforms and one south facing bay road. The first photo shows the station in 2000 before reconstruction.  The second photo shows the view today from the same spot. 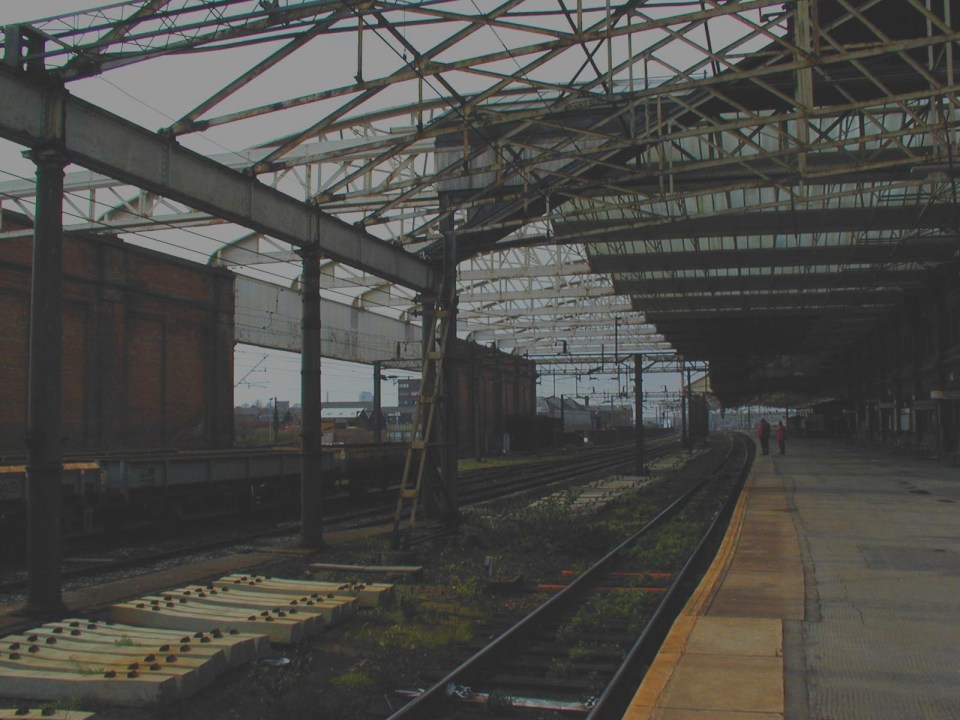 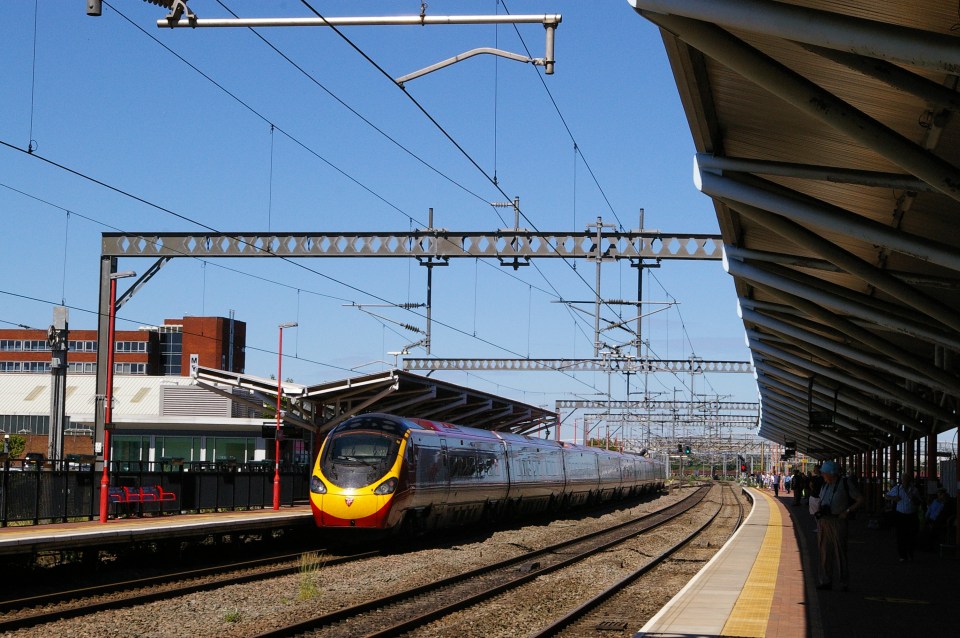 Rugby Central was Rugby's station on the Great Central Railway which opened in 1899.   When it was open, the station had services between London (Marylebone) and Sheffield via Leicester and Nottingham.  There were also cross country trains using the link from Woodford Halse to Banbury, giving Rugby the occasional through train to the South Coast.

Rugby Central was situated on Hillmorton Road roughly half a mile east of the town centre. It was a much smaller and less important affair than Midland Station, although it too consisted of an island platform.

Through trains to London ceased in August 1966 with the closure of most of the Great Central main line.  A shuttle service using diesel multiple units between Rugby and Nottingham Arkwright Street survived until 1969, when this remaining section of the Great Central Railway was closed, along with Rugby Central station.

The station buildings were demolished upon closure, although the platform still exists and can still be seen. Most of the former Great Central Railway alignment through Rugby is now a nature walk called the 'Great Central Way'.

Rugby Central station was typical of many stations on the Great Central line, with a ticket office at street level and a stairway to a single island platform.  There are similar examples on the preserved Great Central Railway in Leicestershire.  Smaller versions of the same type of station exist on this line at Quorn and Rothley, and a larger version is at Loughborough. The first photograph shows the station in 1966 when through trains to London were still operating.  The second photo shows the station just before closure in 1969, when only the Rugby - Nottingham service was operating. 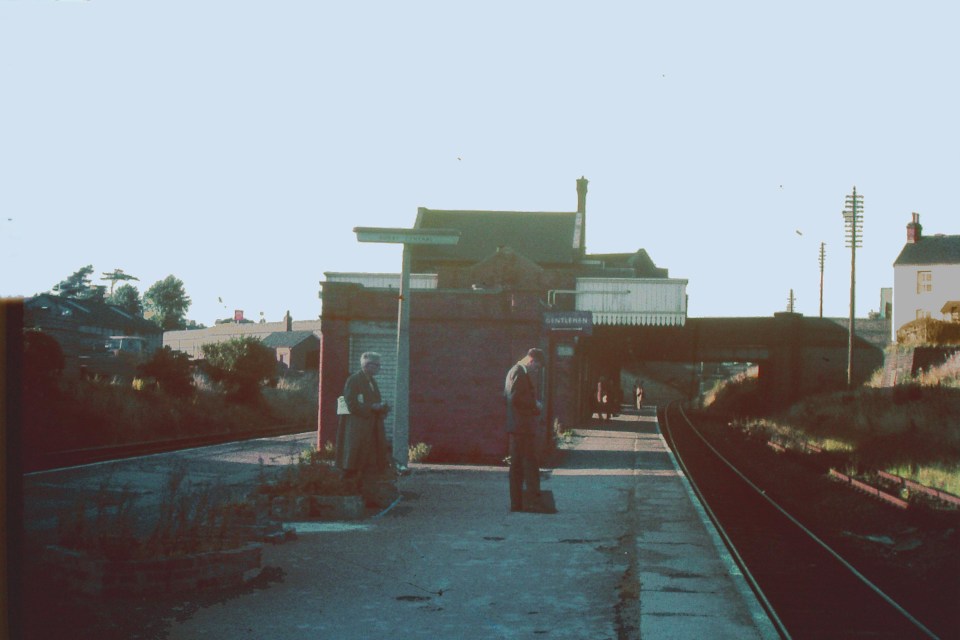 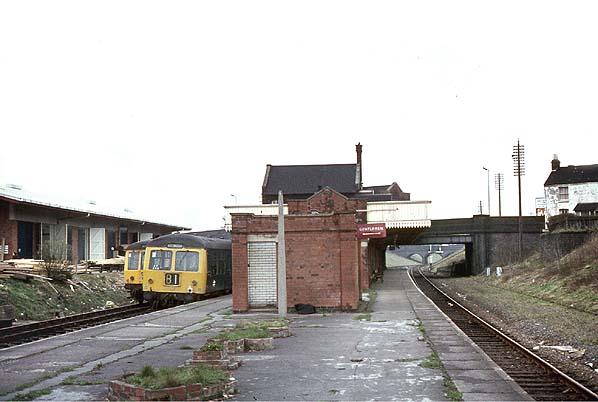 ·             This page was copied under the GNU copy left licence from the Wikipedia website.  Please view the original here, where many more informative links can be found, and if you know more than what is detailed above, you can edit the entry yourself and share your knowledge.